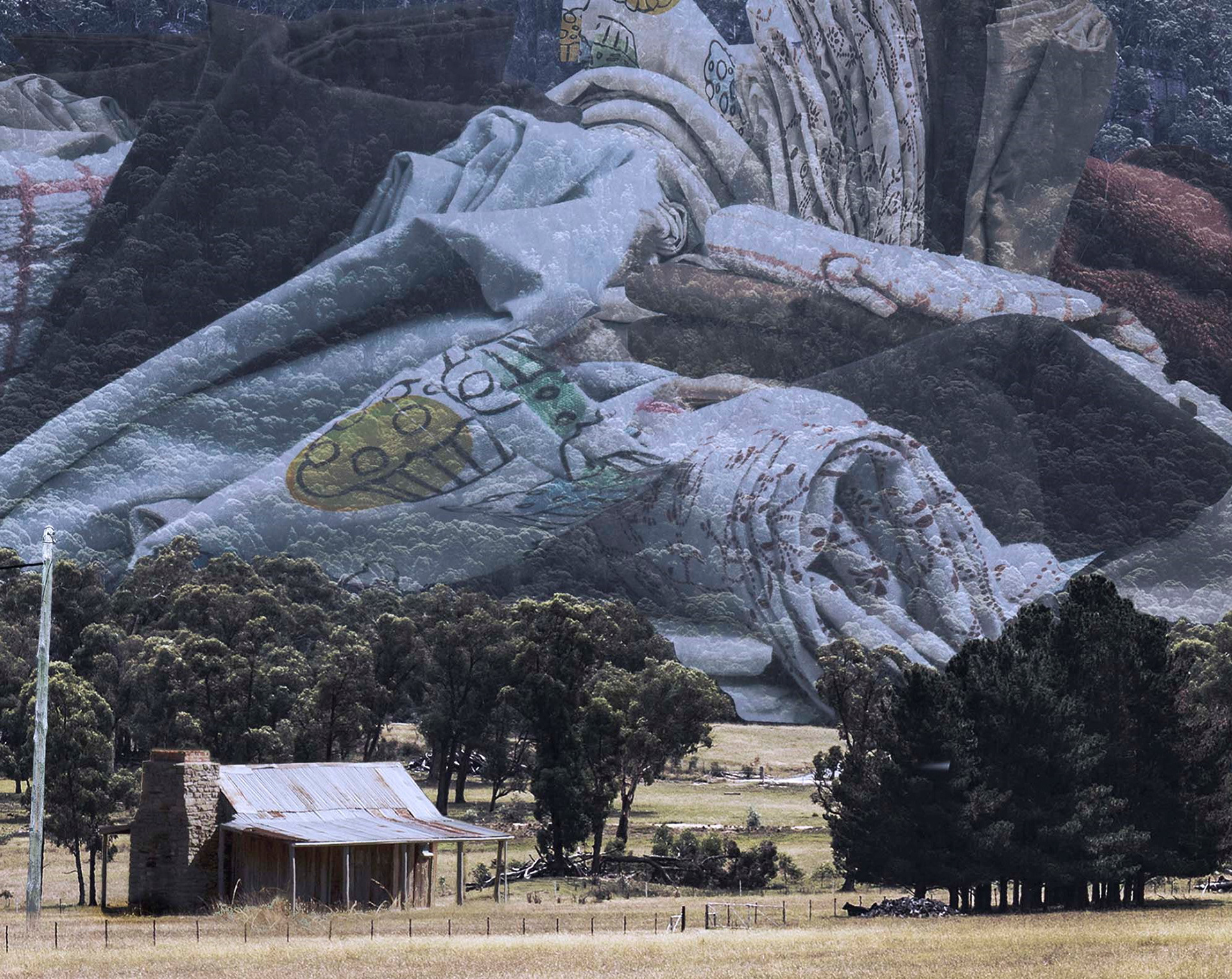 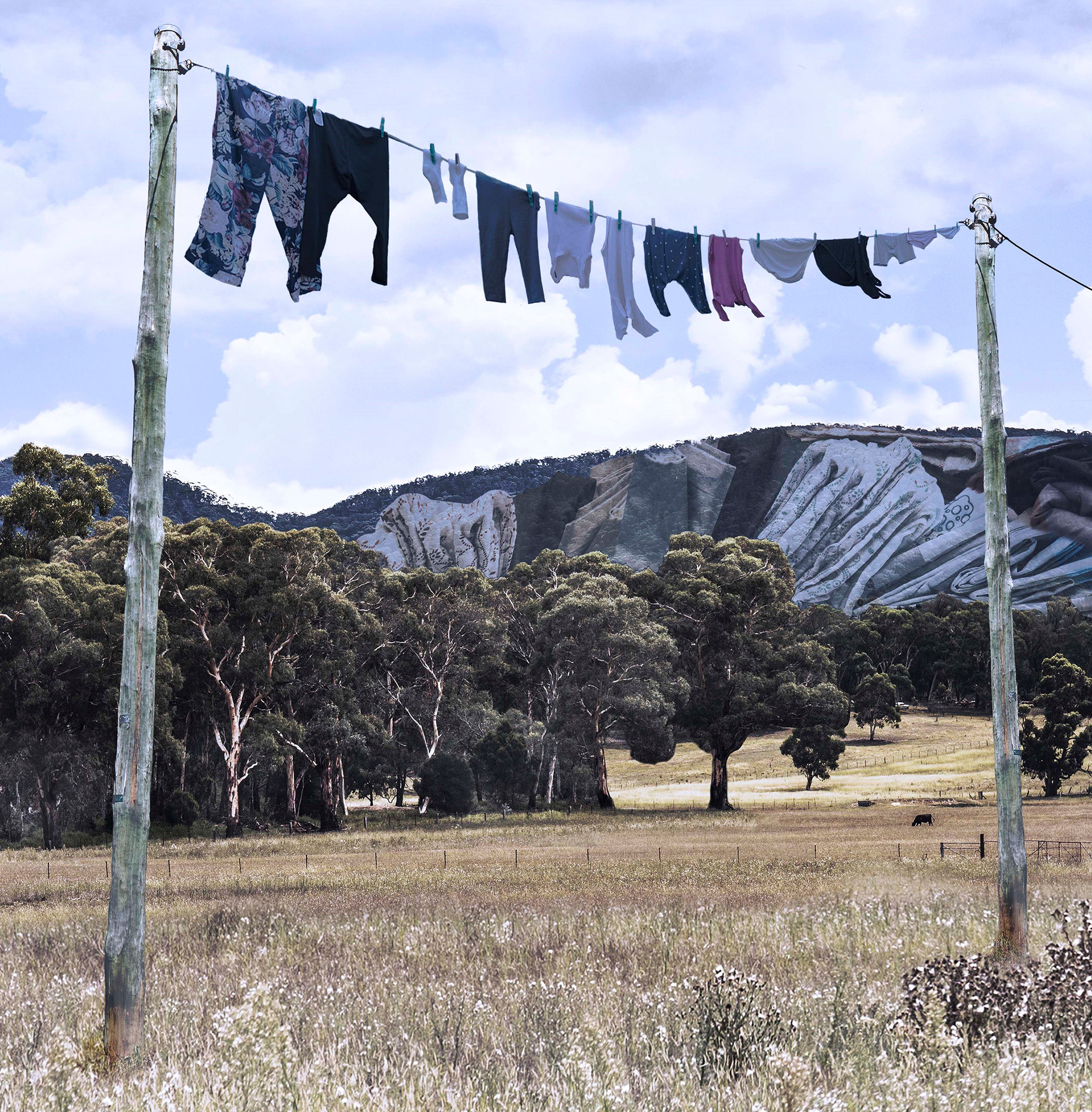 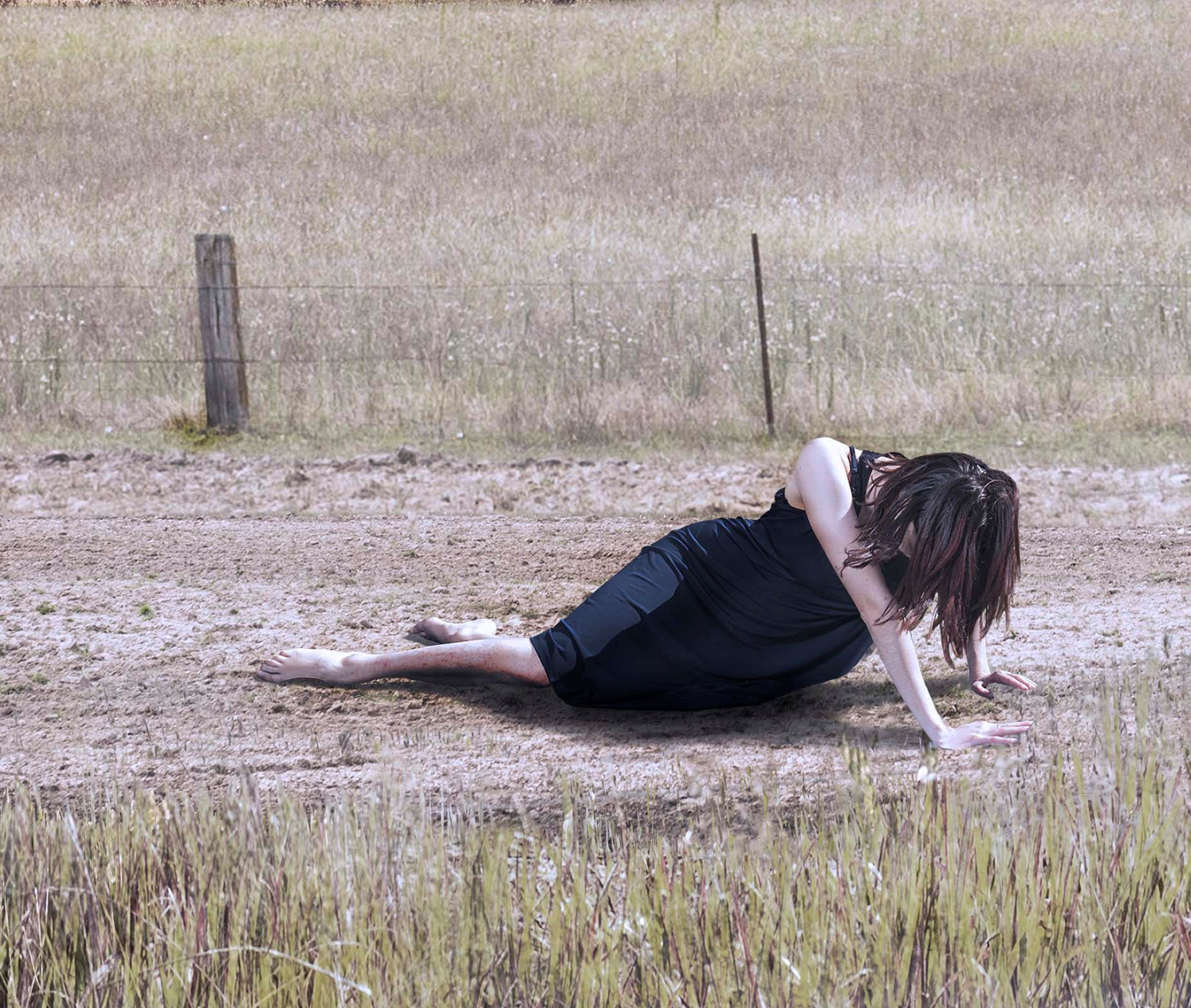 The aptly named ‘sad’ iron was a precursor to the modern electric iron, and made of solid metal, including the handle. Sad is an Old English word meaning ‘solid and heavy’.  When the iron was heated, the handle would also heat up.  Burns and blisters, as well as strained, tired arms, were a normal part of the drudgery of a woman’s day.
In this image the sad iron dominates the harsh and timeless Australian landscape and exerts power over the sprawling woman in that shared space.  Mountains of laundry and lines of drying clothes surround her and are constant reminders of the drudgery she must endure. The meagre dwelling in the distance further adds to the overall feelings associated with poverty, loneliness, even despair